Do you have a vegan sweet tooth? If so, you’ve come to the right place. Whether you’re a chocoholic or a cookie monster, this list of our 10 favorite vegan desserts offers something for everyone!

Enjoy your favorite vegan sweets at Beyond Sushi. On the menu, you’ll find globally-inspired desserts that will leave a lasting impact on both your palette and the planet. Order Now

Vegan Desserts from Beyond Sushi

Explore our favorite vegan dessert offerings from Beyond Sushi:

If you’re a chocoholic, then you’re going to love Beyond Sushi’s vegan and gluten-free Black Bean Sweet Potato Brownie. This decadent treat is sure to impress. The black beans create a soft and fudgy texture while the sweet potato adds natural sweetness. This mouthwatering dessert is served warm in a skillet and topped with a sweet caramel sauce and a scoop of vegan vanilla bean ice cream. Plus, since this brownie is both vegan and gluten-free, it caters to a variety of dietary needs.

There’s nothing like a bowl of cold ice cream on a hot day, and Beyond Sushi’s Vegan Ice Cream is no exception! Unlike traditional ice cream which is made with cream and eggs, Beyond Sushi uses a dairy-free coconut base. Whether you’re team vanilla or team chocolate, both of our vegan ice cream flavors are rich, creamy, and deliciously sweet. The best part? All of Beyond Sushi’s ice cream is available for purchase by the pint!

When it comes to dessert, there’s nothing more classic than a chocolate chip cookie. But even a classic needs an update every now and then. Chef Guy of Beyond Sushi has created a Vegan Chocolate Chip Cookie that features everyone’s favorite flavor combination: chocolate and peanut butter. For that fresh-out-of-the-oven feel, we bake our vegan cookie in an individual skillet. Next, we add a generous scoop of rich and creamy chocolate ice cream and a drizzle of peanut butter sauce. A sprinkling of peanuts and sea salt finish off this outstanding dessert!

Life is too short to say “no” to cake. Luckily, saying “yes” to this dessert is an easy decision. Our Lemon Almond Cake packs a flavorful punch thanks to a dual drizzle of lemon cashew cream sauce and strawberry coulis (a thick sauce made from pureed fruit). For an added kick, it’s topped off with a scoop of vanilla bean ice cream and garnished with almonds.

When you’re craving sweets, you can order Beyond Sushi’s vegan desserts for delivery, pickup, or dine-in throughout the week. But, if you’re looking for some vegan desserts to keep on hand in your home, consider trying some of these store-bought options:

Name a more iconic dessert duo than chocolate and peanut butter. That’s why we love vegan peanut butter cups, especially when made with high-quality ingredients. There’s something about the combination of creamy peanut butter sandwiched between thick layers of decadent chocolate that can tame even the most savage of cravings. Not to mention that they’re super easy to make and only require a few ingredients—some of which you might already have on hand.

Need a reason to celebrate? Vegan funfetti cupcakes will get the party started! Loaded with rainbow sprinkles and creamy frosting that will make you want to lick the bowl clean, these festive, vanilla-flavored cupcakes are a fun treat!

Baked vegan cheesecake is a super satisfying dessert. Made with minimal ingredients and easy to prepare, the creamy cashew and cream cheese filling are nestled on top of a gluten-free crust that’s reminiscent of a traditional graham cracker crust. The only thing missing is a drizzle of raspberry sauce!

Carrot cake is proof that you can have your cake and eat your veggies, too! Not only is vegan carrot cake big on flavor thanks to the mix of warm spices like cinnamon and nutmeg, but it’s also super moist and slathered with frosting.

When life hands you peaches, make a vegan peach cobbler! The combination of fresh, juicy peaches and melt-in-your-mouth buttery biscuit topping is the epitome of summer desserts. The only thing missing is a scoop of Beyond Sushi’s vanilla bean ice cream placed on top!

These are some of our favorite vegan desserts! Whenever your sweet tooth strikes, be sure to choose Beyond Sushi as your vegan restaurant of choice. Our innovative, plant-based desserts will leave a lasting impact on both your palette and the planet. Dine-in with us or order takeout or delivery today!

How to Eat Vegan on a Budget 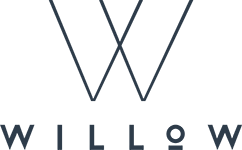