Veganism is on the rise! Whether it’s for the animals, the planet, health reasons or Beyonce, more and more people are turning to the diet. Between the consumer demand for more vegan options in grocery stores and restaurants and the innovation of plant-based foods, going vegan is easier than ever. Here’s how to transition to a vegan diet in an easy and delicious way.

Transitioning to a vegan diet is easy when you find a vegan restaurant you love. Visit one of Beyond Sushi’s locations in NYC today! Order Now

Go at Your Own Pace

There’s no right or wrong way to transition to a vegan diet. What’s important is that you transition in a way that will help you stick to your new lifestyle. If you’re the type of person who can quit meat and dairy cold turkey, go for it! But if you want to ease into a vegan diet, that’s OK too.

Start by reducing the amount of animal products you eat by participating in “Meatless Mondays” or committing to a certain number of days each week to eat plant-based. Another popular approach is “crowding out” meat and dairy by increasing the amount of veggies and whole foods you put on your plate. 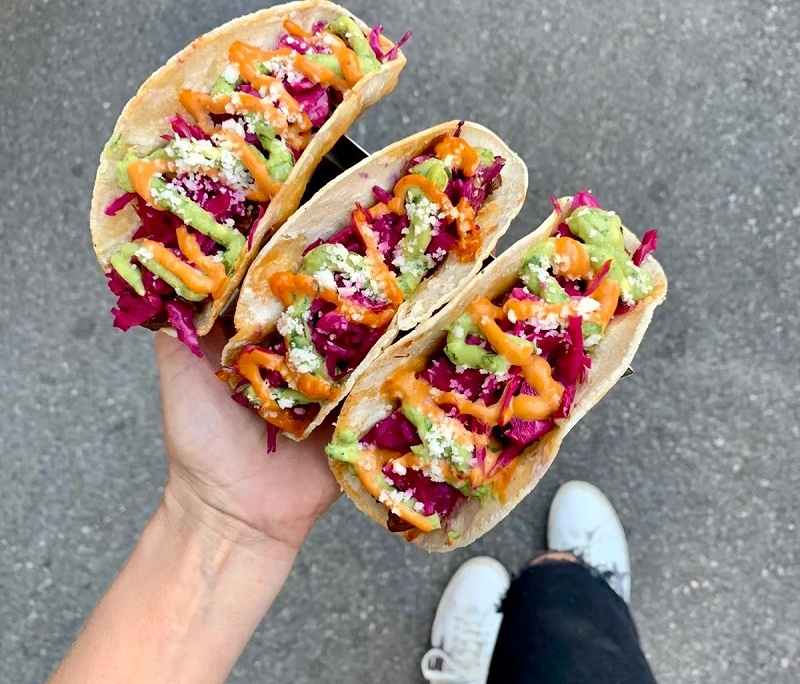 Yep, these Beyond Sushi tacos are vegan!

Remove Non-Vegan Products from Your Home

The only way to guarantee you won’t eat any animal products is to not have them in your home. Go through your pantry and refrigerator and get rid of any non-vegan items. If the food is still good, consider donating it to your local food bank.

Tip: If you live in a household with non-vegans, purging your kitchen of non-vegan items probably isn’t realistic. Instead, dedicate a drawer or section in the refrigerator and a basket or bin in the pantry for vegan items.

Now it’s time to give your pantry and refrigerator a vegan glow-up! Make sure your shelves are well-stocked with whole grains (oats, quinoa, rice, etc.), canned beans, vegetable broth, pasta, spices, condiments, frozen vegetables, etc. Keep plenty of fresh fruit and veggies on hand as well as other vegan snacks, like hummus, crackers and whatever else your vegan heart desires.

Learn How to Read Food Labels

One of the biggest learning curves when transitioning to a vegan diet is getting in the habit of reading food labels. You’ll be surprised by how many foods you might think would be vegan actually contain animal products! Seriously, milk is added to everything. Be on the lookout for these top offenders: milk and milk byproducts (like casein and whey), lard, gelatin, and honey.

The good news? Vegan labels are becoming more common. However, just because it doesn’t have one, doesn’t mean it isn’t vegan. Here’s lookin’ at you Oreos! Bottom line: always read the food label.

Focus on What You Can Eat

Having the right mindset about your new vegan diet is so important. If you focus on the foods you can’t have, you’ll feel deprived and frustrated. Instead, remind yourself of all the delicious and nutritious foods you can eat, which is usually more than the foods you’re choosing not to eat anymore.

In fact, most people who go vegan enjoy a wider variety of foods than they did in their pre-vegan days. If you do get a craving for non-vegan foods, order or make a vegan alternative to scratch the itch. 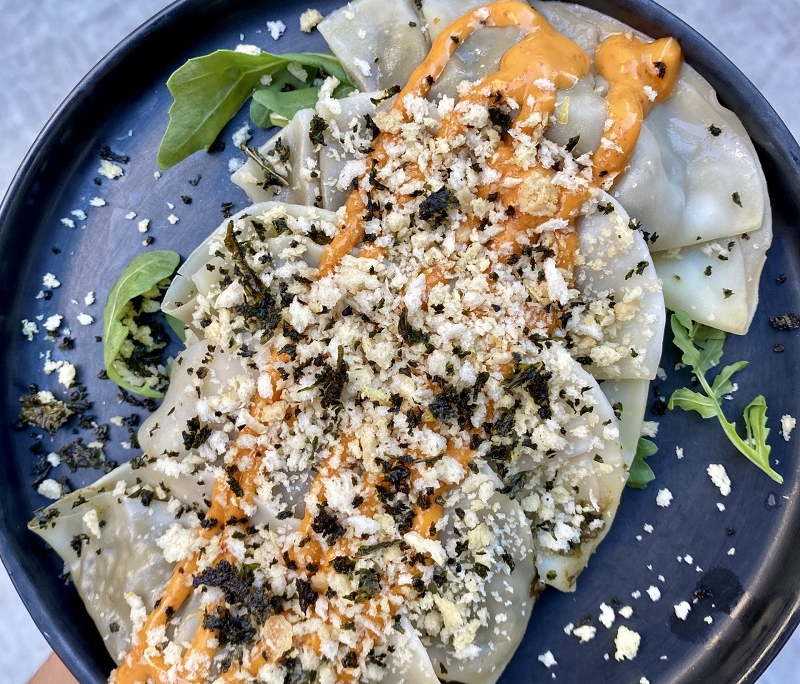 There are thousands of vegan recipes on the internet, but many of them have long ingredient lists that can take hours to prepare. Luckily, a vegan diet doesn’t have to be complicated. Sometimes the best meals are made without a recipe and with minimal ingredients you already have in your pantry. Breakfast can be oatmeal with fresh fruit, a smoothie or avocado toast. Lunch can be a large salad, a veggie wrap or a grain bowl. And dinner can be pasta with tomato sauce, a vegetable stir-fry, veggie tacos or vegan sushi. There are no rules, just have fun!

Nobody likes to be hangry, vegans included. Because fruits and vegetables are lower in calories, you’ll need to eat more so you don’t get tired throughout the day. If you’re hungry, eat! And don’t worry about portion size, especially while you transition to a vegan diet. Just make sure that you eat a variety of foods to ensure you get important nutrients.

Going vegan is more than just feeding your body, it’s also about feeding your mind. If you aren’t the best cook, Google how to veganize your favorite meals, search for YouTube tutorials and how-to videos, watch cooking shows, build up your cookbook collection, take a vegan cooking class or order a vegan meal delivery kit.

If you’re going vegan for health reasons, follow popular vegan blogs, read books like “The China Study” or “How Not to Die”, follow plant-based doctors, listen to podcasts, or watch documentaries like “Forks Over Knives” and “What the Health.” Knowledge is power, especially when you’re powered by plants.

Take it One Meal at a Time

Adjusting to a new diet, especially if you’ve been eating the standard American diet for your entire life, takes time. Instead of worrying about what you’re going to eat at Thanksgiving or at an event that’s months away, focus on your next meal. If you slip up and eat meat or dairy, don’t worry. The vegan police aren’t going to show up and write you a citation. Remember, you’re human and you’re doing the best that you can. If you fall off the plant-based wagon along the way, that’s OK too! Make your next meal a vegan one and keep going.

Whether you want to skip cooking or are looking for inspiration for new vegan dishes, explore your local vegan restaurants! You may be surprised at how many great vegan restaurants are in your local area. Navigating the ins and outs of vegan food and dining out can be overwhelming. But thanks to technology, there are vegan apps that can help! Happy Cow is a great app for finding vegan and vegan-friendly restaurants. 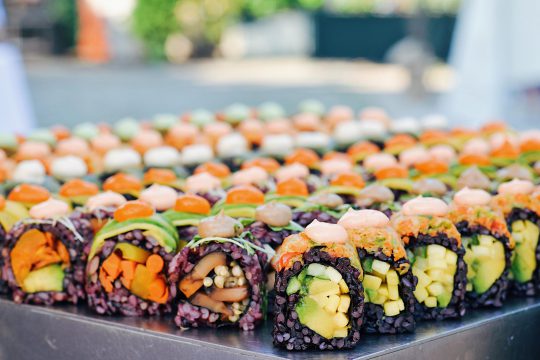 Beyond Sushi is New York City’s leading vegan restaurant chain best known for our innovative plant-based offerings. On the menu, you’ll find globally inspired dishes that will leave a lasting impact on both your palette and the planet. Dine in with us or order takeout or delivery today!

Sign up for our newsletter to receive the latest information regarding our menu, promotions and new location openings!